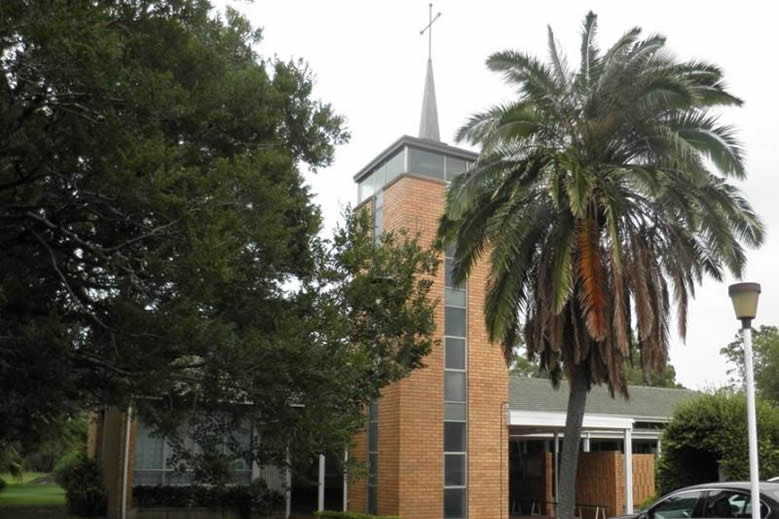 The Navy Minister (Senator Gorton), the officer-in-charge of the Eastern Australian area (Rear Admiral G.Gatacre) and the Naval officer-in-charge, Queensland (Commander J. Ferguson) were present at the Opening.

On Thursday, 2nd August 1962, Northgate’s Parish Priest (the Rev Father V. Rowan) formally received from the Naval Association a roll of honour bearing the names of 171 sailors, enlisted in Brisbane, who died in World War II.

St John’s Convent School, under the care of the Presentation Sisters, was opened on 9th December 1951 and the first classes commenced on 29th January 1952. The school closed on 31st December 1995.

St John’s Church and School were under the leadership of one priest based at Our Lady Help of Christian’s, Hendra until steps were taken to formalise an amalgamation of the two Parishes.

A Parish Meeting dated Tuesday 1 December 1981 at which the parishioners of St John’s were consulted by members of the Archdiocesan Consulters, namely Fathers Kearney and Mollison. While they indicated that they were operating as two parishes and two schools, they were under the leadership of one priest who administered the two entities as one unit. This document also suggests that Fr Peter Gillam who was appointed to Hendra on the First Sunday of January 1977 was then in charge of the St John’s Parish of Northgate. A second letter of appointment dated 8th September 1980 from Archbishop Francis Rush stated, ‘This letter will serve as official confirmation of your appointment as Parish Priest of Hendra and of the enlargement of the Parish to include what was the Parish of Northgate.’ However no formal signed decree was undertaken at this time.